The Democrats Won The House, What Does That Mean For The Housing Market? 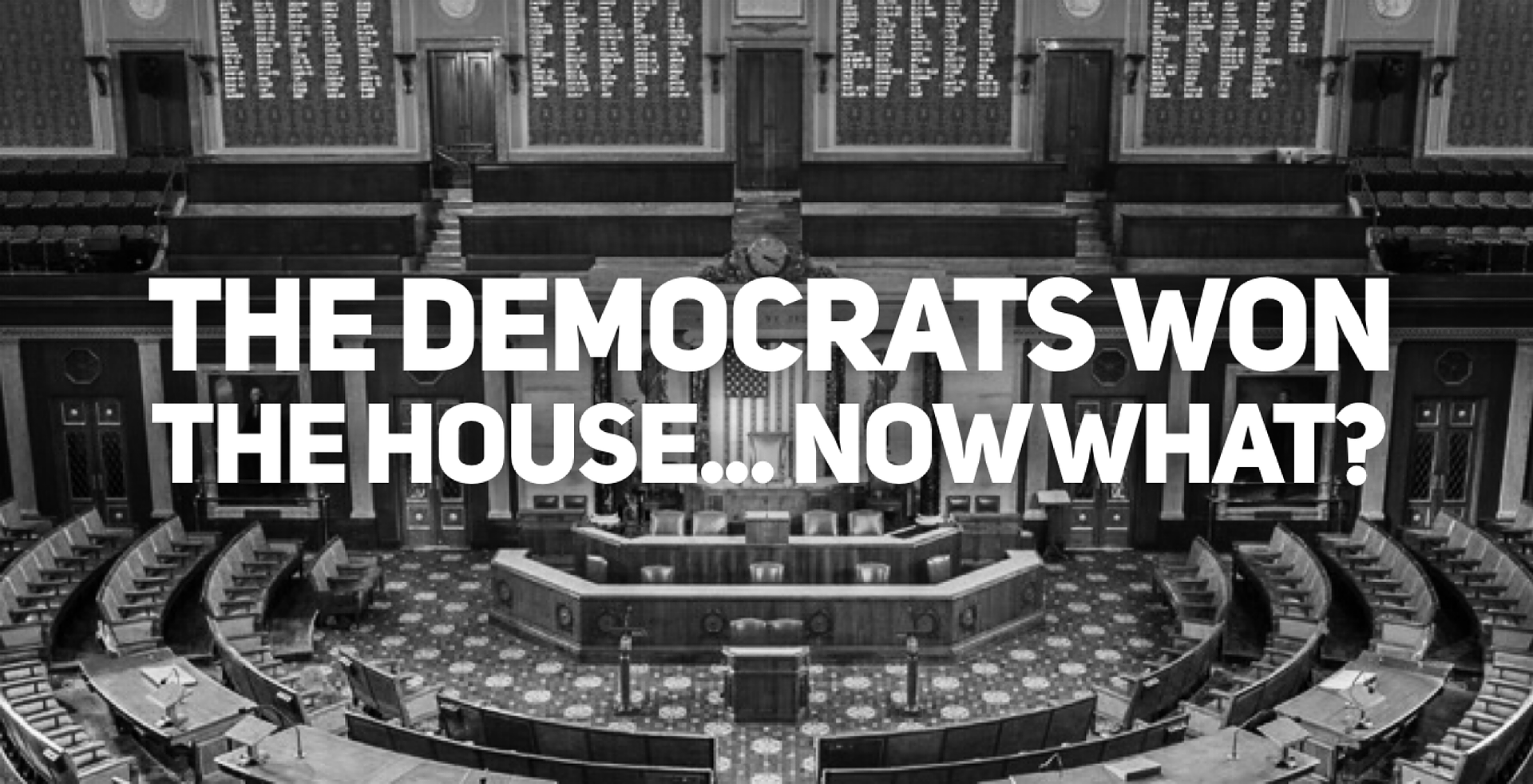 Last night, America voted to bring balance back to congress, with the Democrats now controlling the House, and the GOP controlling the senate. For the past 2 years, the Republicans have controlled BOTH houses, and the Presidency, allowing for quick passage of a lot of the President's initiatives, including: removing many environmental restrictions on businesses, and enacting a large cut to the corporate tax rate. Putting aside the "right vs wrong" side of this, one thing that those moves DID accomplish was a stimulation of the economy, to the tune of above average GDP growth in 2018.

With the House and Senate now split, we can expect the ease of new legislation passing to slow down. Just today, (Assumed) Speaker of the House, Nancy Pelosi said that the House is not in place to "rubber stamp" the President's policies. While the the President and congress' legislation has an effect on consumer confidence, and the stock market, these policies don't do much to effect the housing market.

So, What Drives The Housing Market?

The biggest drivers of the housing market is the interest rate, affordability, and housing supply.

Nationally, the interest rate has seen an upwards trend over the the past year, with the average 30 year fixed interest rate sitting at around 4.75%.  This is up, as a whole, from the previous few years, but overall down from the historic average of ~6%. The Federal Reserve (FED) is the department that "sets" mortgage interest rates, not congress.

Affordability is another big factor that helps establish the "housing market." Affordability is most easily construed as "what is the average annual income required to purchase a home, at the area median home price." If home prices rise 10% year over year, but the average American only receives a 3% cost of living increase in their job, then housings costs are "outpacing" affordability, and at a certain point becomes unsustainable. Here in San Diego, the average home costs $588,530, meaning that the buyer's annual median income needs to be somewhere around $125,000.

Lastly, housing supply itself is a big factor. For the past 4-5 years here in San Diego, there hasn't been enough supply to meet buyer demand. A lack of supply can lead to situations where you have multiple buyers competing over the same house, which leads to inflated offers, which causes the home to sell at a higher than expected price. Then, neighbor B bases their home sale price on that inflated comparable, and the same thing happens again, leading to inflated pricing all over. As long as housing supply remains short, prices can stay above the market median.

Did My Vote Matter?

Of course. While voting for your Democrat or Republican representative in Washington might not make an immediate impact on your mortgage, the down ballot spots were the ones to watch.

Measures like the new CA regulation (enacted earlier in 2018, not a ballot measure) that new homes are built with solar panels are SURE to impact the cost of housing in the future (solar panels cost money > the builder is required to add them > the price of the house will increase OR developers may decide that its not cost efficient to build, leading to more of an inventory issue). Prop 10 was voted NO on, which would've enables cities to enact rent control measures. Prop 5 would have allowed homeowners over 55 to transfer their property tax base from their old home, to their new home, as many times as they wanted. That was also shot down. In general, look for the other economic indicators mentioned earlier to effect your bottom line more than who is arguing for you in the House and Senate.

An article about the important steps of buying a home in San Diego. Written by San Diego Real Estate Agent Jason Cassity

All About Virtual Tours